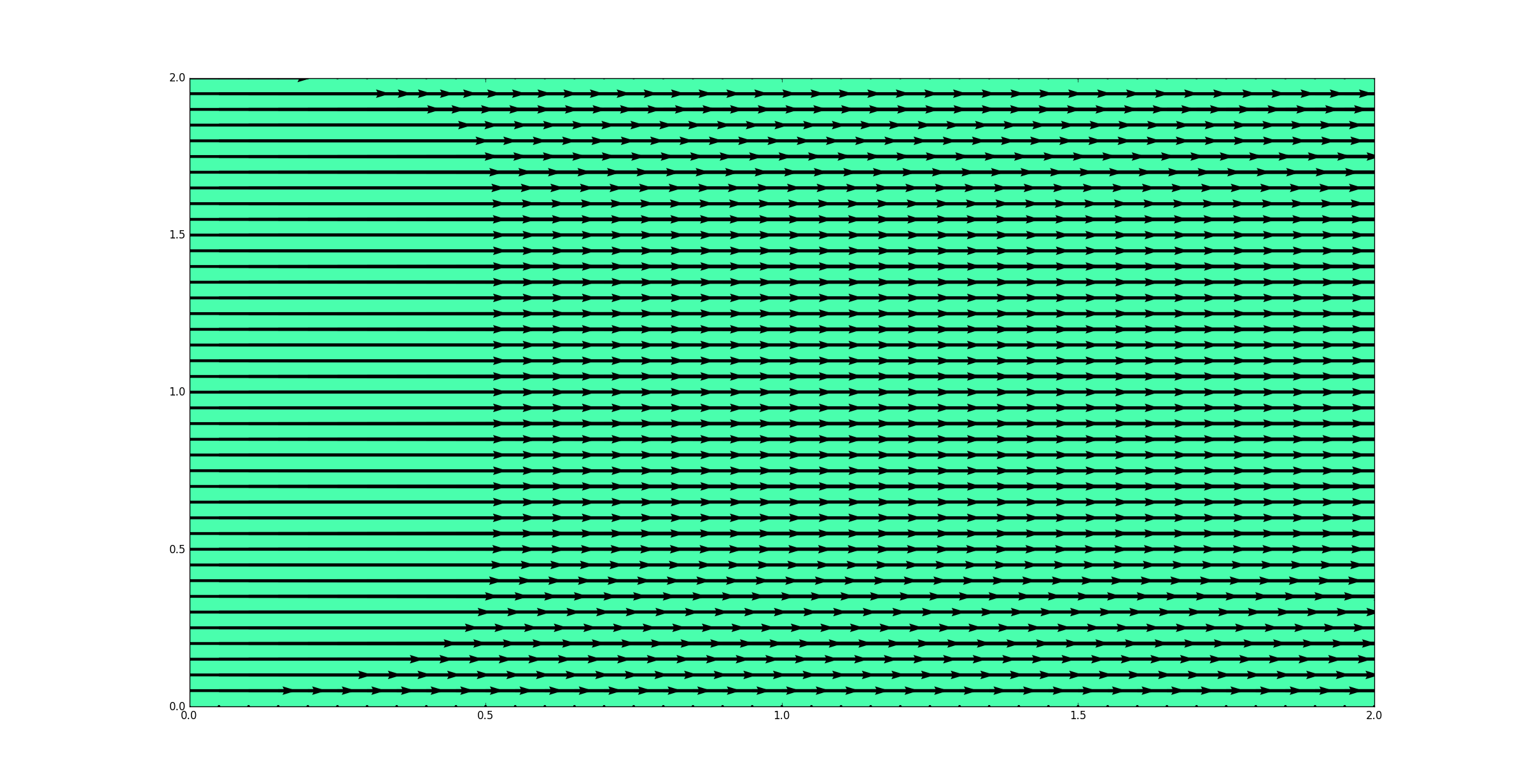 Solved velocity and pressure for flow through a 2 dimensional channel

For the final project in my Parallel Programming class we were tasked with solving some problem using MPI on the HPC systems at Texas Advanced Computing Center (TACC). I was taking Fluid Mechanics at the same time, and chose to replicate one of the labs we had completed about the development of laminar flow. With the MPI C++ bindings, I wrote a basic simulation which depicted the flow of fluid through a two dimensional channel in the terms of pressure and velocity of the fluid elements in a mesh. This data was then exported to python to generate a matplotlib animation which shows how successive iterations changed the result of the simulation.