In Fall of 2017 I took the Mechanical Engineering Design and Methodology course, as a precursor to Senior Design the next semester. This course was structured to teach methods through hands-on design work for a project throughout the semester. The project for this semester was to create a fire rescue robot with the goal of entering a high-temperature environment and locating an injured pet. We used several concept generation methods to brainstorm subsystems for the three main subsystems: thermal protection, movement, and control. The leading concepts for each of these systems was then prototyped and integrated together to create a beta prototype of the full vehicle. The robot was placed in a 90 degree Celcius oven to test it’s performance in high temperature environment. Afterwards the robot was placed in a dark room, and was remote controlled to identify the pet based off the heat differential between it and the ambient temperature.

For this project I was responsible for the entirety of electronic and software systems. The control board of the robot was an ESP8266, an inexpensive microcontroller with a on-board wifi chip. We used ultrasonic sensors for object avoidance and an 8x8 thermal imaging camera to identify the pet. Using the Arduino bootloader, I developed software which hosted an HTML webpage that was used for remote control of the robot. The user would login to the access point from the ESP8266 and open the web page in a browser. From the web page the thermal and ultrasonic sensors could be read. Additionally movement commands could be sent to the robot. Real-time bidirectional communication was achieved through a WebSocket server hosted on the microcontroller. Sensor data was decoded in Javascript by the client webpage and the thermal data was displayed through a heatmap.

The full report describing the robot in detail and the design methodology behind it is linked here. Linked above is a video showing the operation of the robot from the client page and the robot itself in use. The software used to control the robot is hosted on Github here. 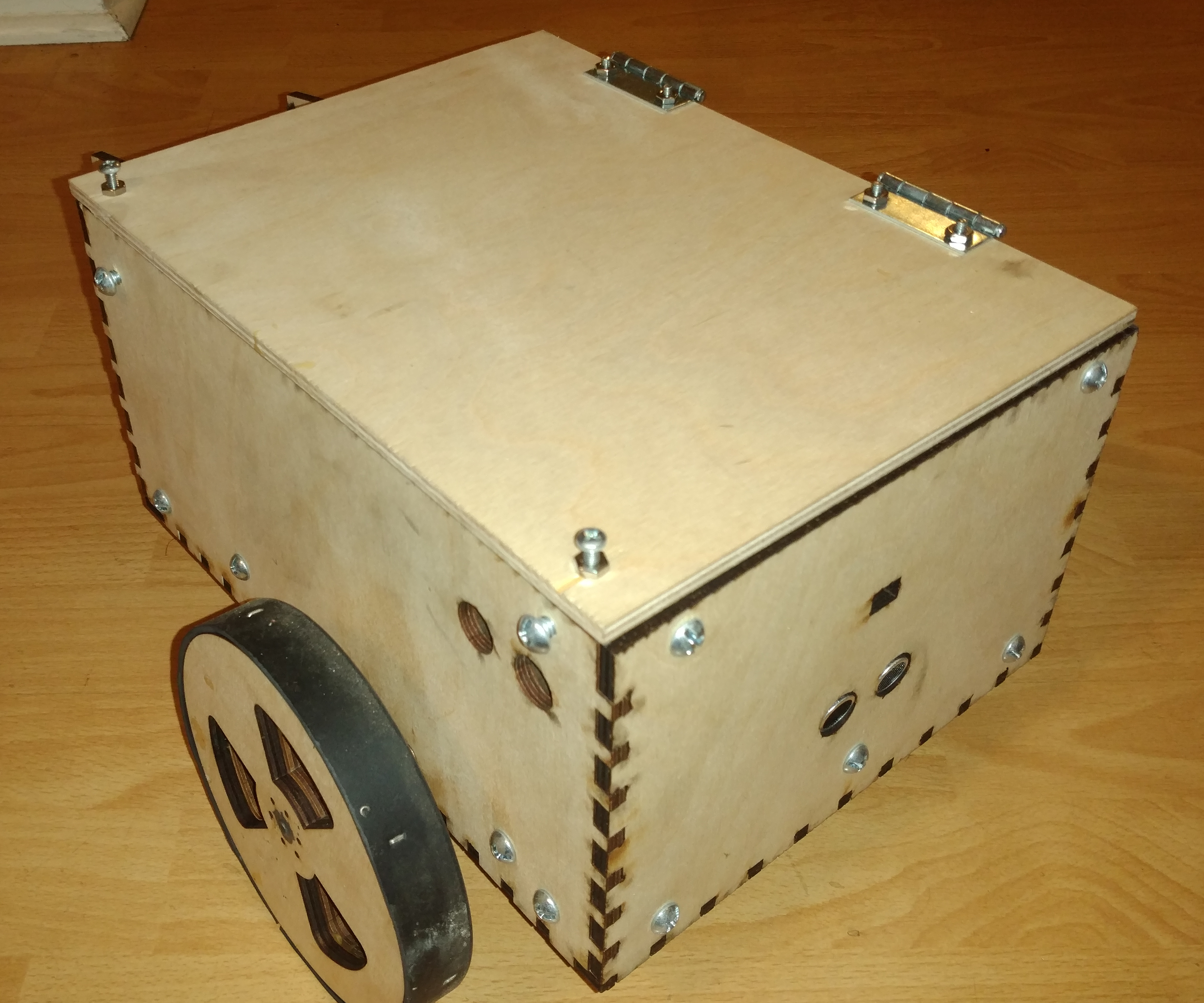 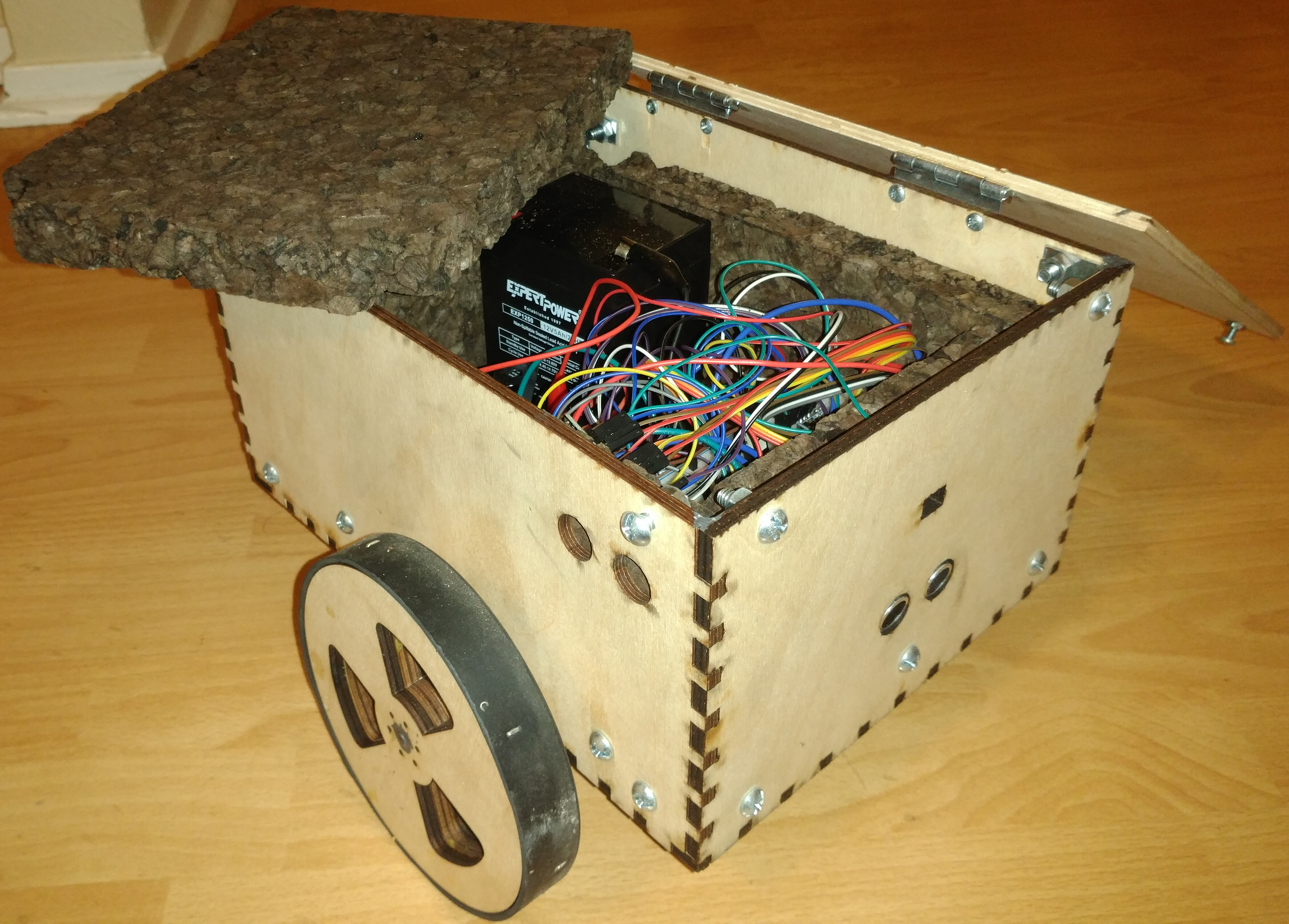 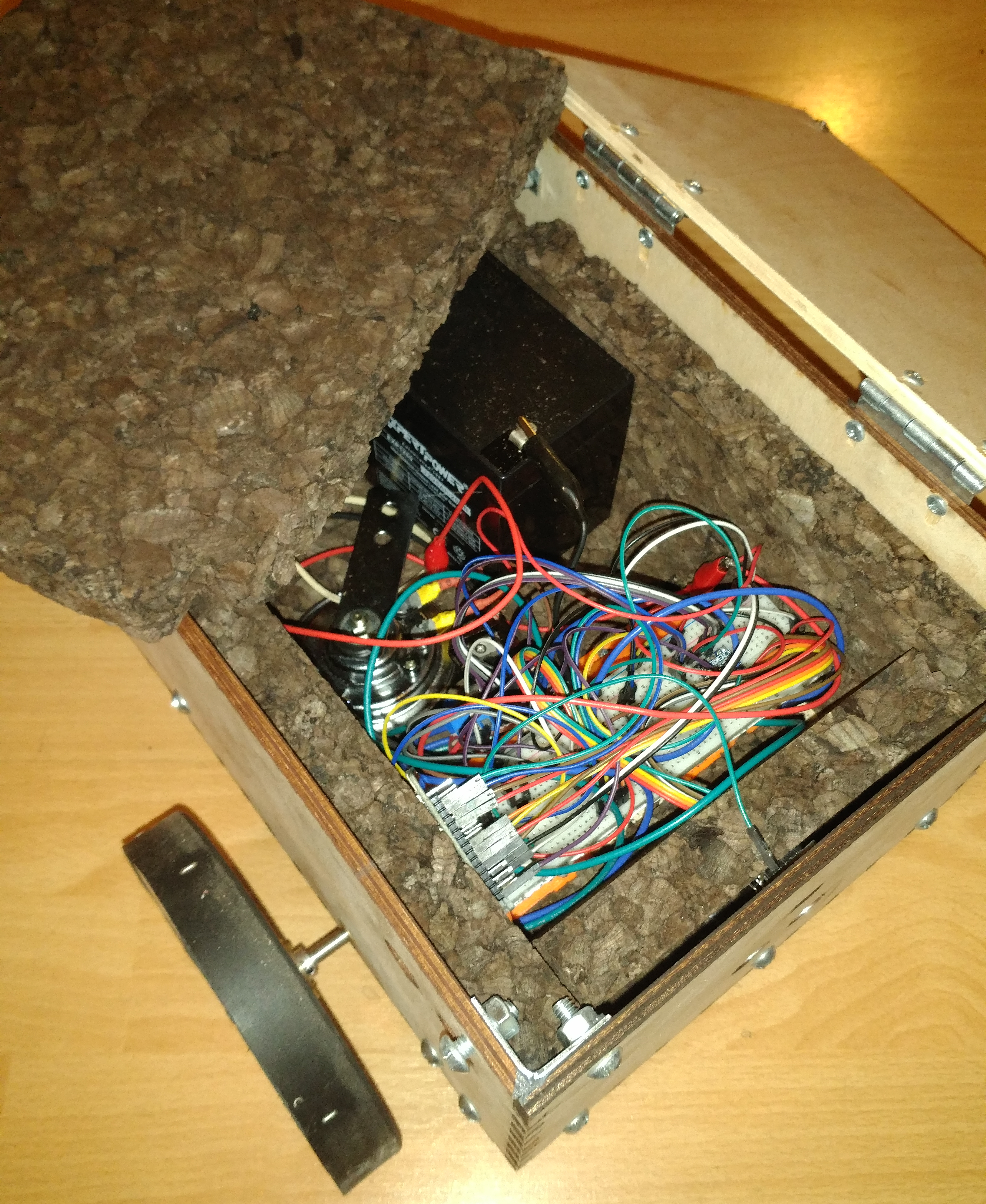